The Things I’m Doing, The Places I’ll Be 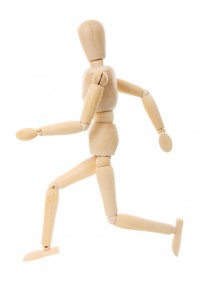 If you’ve ever taken the time to look on the right side of my blog, you’ll see the section titled, “The Things I’m Doing, The Places I’ll Be”.Â  I started using this a few years ago in response to folks asking me, “What do you have coming up?” Since not everyone can keep track of my tweets, it made sense to have a place that folks could easily discover the various events I may be organizing, attending or presenting. It is a mixed bag of all three.

Today, tomorrow and next week are going to be a hot bed of activity for me:

Tuesday, March 9th Houston-bound with the MoveforFREE team for their “On the Move” tour to celebrate their 10 year anniversary.

In between all of that look for weekly Tech in Twenty SV shows which are released every Friday morning.

Still not sure you can keep up with this highly caffeinated social gal? Well you could always follow me on Twitter @epodcaster or catch some of my presentation session videos on Ustream

I am including the embed video of today’s sessions inside the Social Media Lounge sponsored by my company, Brewing Media

Getting to know you…

My own thoughts after the red carpet interviews